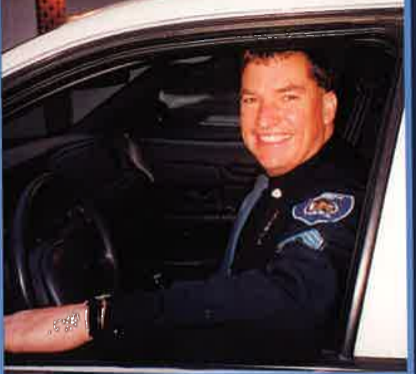 Brett has been a Sgt. at the Cornwall Borough Police Department since 1985 and has served as a DEA Task Force Officer since 2006.

“In 1987, I met this young Cornwall Manor Security Guard named Jim Biever. He at times would shadow me and ask questions about law enforcement and bring me food from his other job at Hardees. We forged an everlasting, awesome friendship from that day forward. One day, while on patrol, my best friend tracked me down and told me great news - he was selected to enter the PA State Police Academy. I remember he was so excited to move on and do great things for the citizens of PA. Twenty-five years later, Jim was retiring after a great career with the PA State Police. We stayed in touch as best friends do, exchanging jokes and stories about life and what we have experienced in this profession. Jim always helped anyone who was down or in need.  My best friend Jim - feeling the awful effects of cancer - asked me to promise him that I would spearhead a foundation to raise funds to assist Lebanon County Police Departments with important training needs. He specifically understood that the local police departments' budgets were hurting. His hopes and wishes were that the training would also include community groups to help soothe and heal the growing tension between law enforcement and those groups for a common purpose of unity. In August 2020, our hearts were broken, but his light shines bright upon us from up above! I plan to help fellow board members and Jim’s family carry out and do everything I can to complete his vision known as the Biever Family Police Scholarship Fund.

The choices you make today will affect you and others tomorrow, so choose wisely and always be kind to others."